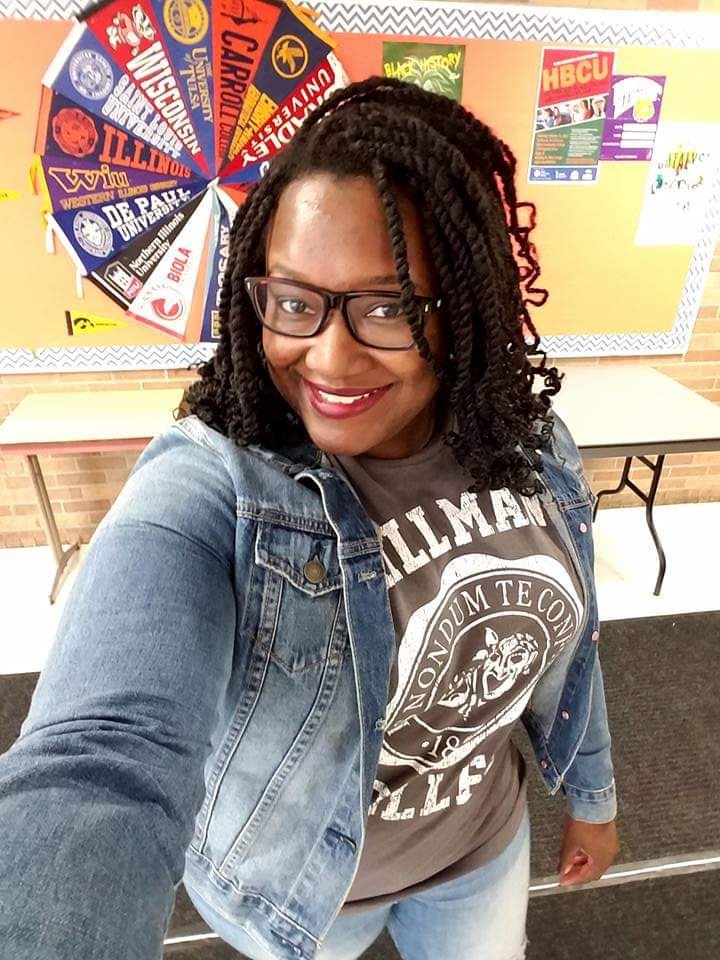 The Larkin High School College Readiness Coordinator has spent her spring breaks over the last seven years shepherding hundreds of LHS students to dozens of colleges, universities and trade schools in various regions of the country, introducing kids to the possibilities offered by higher education.

It’s been a full circle journey for Walker, herself a proud LHS Royal, Class of 2004. During the annual college road trip, Walker and as many as 48 students and staff board a bus and head off toward various institutions, often visiting two or three schools a day. Along the way, the students, mostly LHS juniors, learn the ins and outs of public universities versus private schools, and the differences between Division 1-. 2- and 3-sized institutions, as well as options for tuition.

It's lots of information, but also lots of fun for the students, Walker said. “They don’t even know they’re learning,” she said. And it’s not all work. This year’s trip to the South Carolina region will include an afternoon at Myrtle Beach.

Walker grew up in Elgin – her father was a city police officer – and she attended U-46 schools on both the east and west sides of the city before enrolling at LHS.

“My greatest memories were being in the choir, doing the talent shows and being in the fashion shows,” Walker said. “My fashion teacher, Molly Landfear, was definitely a standout. I spent most of my senior year in her classroom.”

After graduation, she continued at Elgin Community College and then went to Columbia College in Chicago where she studied broadcast journalism.

“I wanted to be the next Oprah Winfrey,” she said.

But with Oprah showing no signs of slowing down, Walker set her sights elsewhere. After she graduated from college, Walker took a position at ECC, working with at-risk students to help them prevail over personal issues that could hamper their educational success.

“After doing that for four years, I knew that I loved working with teens,” Walker said. “Everybody has potential.”

Her work at ECC eventually led to her homecoming at Larkin, albeit with a few adjustments.

“Many of my colleagues were my teachers. It took a while to adjust to thinking of them as colleagues and using their first names,” Walker said. “I also had to convince other colleagues that I was staff and not a student. Now it's starting to set in that many of my students were not even born when I was a student walking the halls at Larkin.”

And Walker has offered her time and skills in other areas, acting as the sponsor for junior class, the Royalty Dance Club and Black History Club, and she also created the Miss LHS scholarship pageant.

She has also been a facilitator for the U-46 Hispanic and African-American Parent Leadership Institute. The program provides in-depth leadership and K-12 education training to help parents better support their children.

“I find it very rewarding to see parents go from the beginning stages of the program, to joining their children's PTO, all the way to public office,” Walker said.