U-46 8th Graders ‘Explore’ Their Futures

While a representative from Colony Display talked about potential careers with the company, 8th grader Kitzya Morales-Tellez closely examined several clear display cases and colorful installations its welders and machinists had created for retail stores.

Before moving on to another exhibit, Kitzya said she’s thinking about pursuing the welding educational pathway offered in School District U-46, although she was intrigued as well by several other careers she learned about Thursday at Explore 2022. The event is U-46’s annual expo designed to expose 8th grade students to various professions and demonstrate the connection between academic curriculum and future careers.

“It’s been fun because they tell us about each program that could lead to careers and jobs when we’re older,” said Kitzya, a student at Ellis Middle School in Elgin who was one of more than 2,500 8th graders who attended Explore 2022 at the NOW Arena in Hoffman Estates. 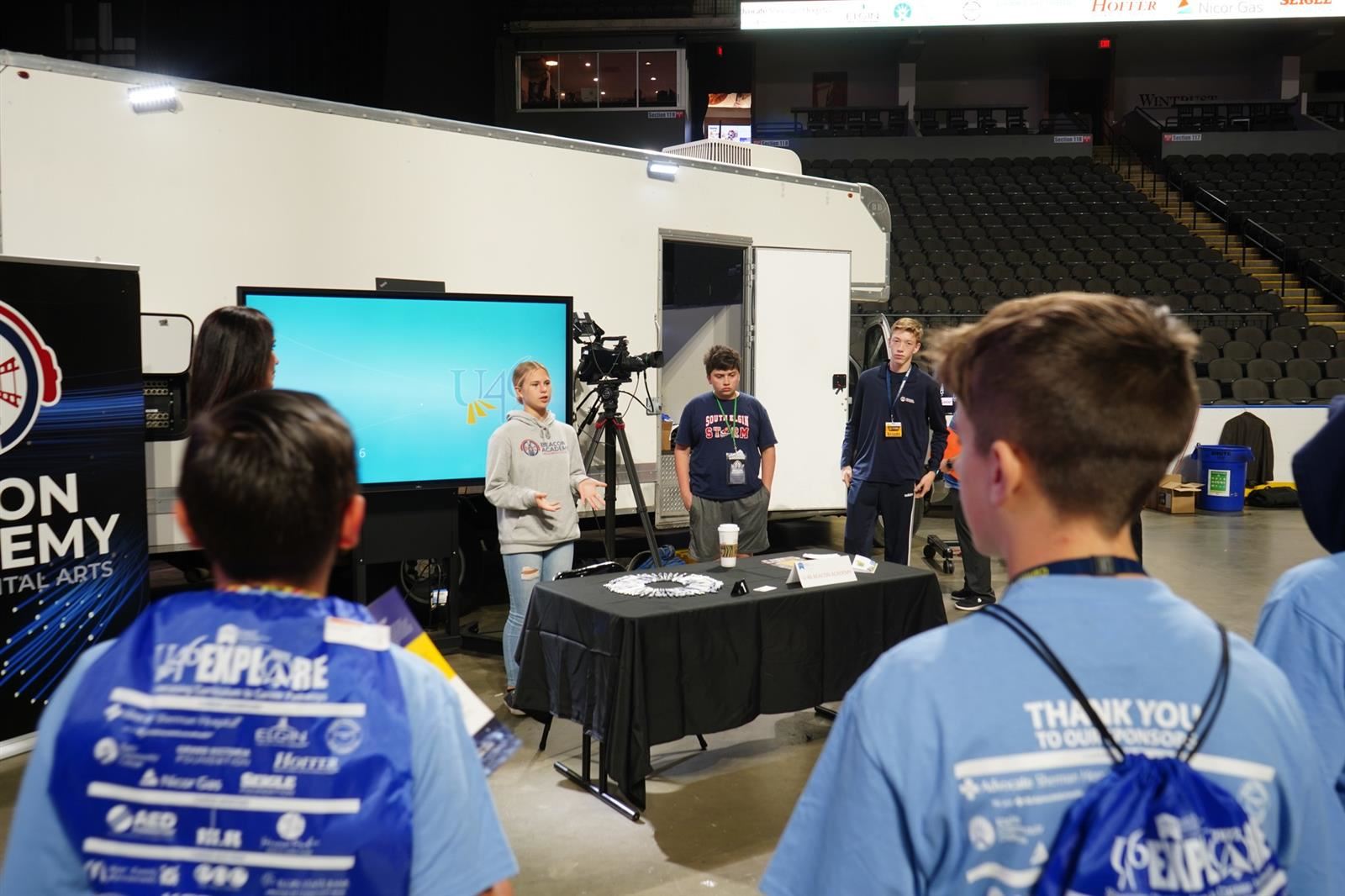 “I’m really thankful to see something like this happen. I’m glad to be a part of it,” Bullerman said. “It gives kids an opportunity to see jobs they may never think of on their own.”

The Alignment Collaborative for Education, a non-profit local organization that brings together community resources and initiatives to support District priorities, once again partnered with U-46 to organize the event.

“It’s all about seeing the excitement on the students’ faces about making that career decision that doesn’t have to be a final decision, but at least they are beginning to explore what they are interested in as possible career pathways,” said Alignment Executive Director Nancy Coleman. 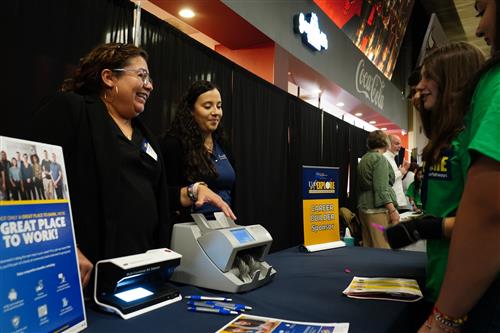 Students from the District’s 8th middle schools attended Explore during the school day in two different shifts. Ahead of time, each student worked in Naviance — a digital college and career planning system —  to learn which career clusters align with their current interests and aptitudes. Using information gathered from Naviance and guided by counselors, students selected two career pathways to focus on.

About 60 local businesses, industries, governmental organizations, and nonprofits had exhibits at Explore and representatives who engaged in discussions with students. In addition, each of the District’s five Magnet Academies had exhibits, teachers, and high schoolers present to talk to 8th grade students (the application process for Magnet Academies is now open to 8th graders) and U-46’s culinary, health sciences, automotive, welding, and precision manufacturing programs were represented as well. The veterinary assistant program at Burlington Central School District 301 - which is offered to U-46 students - brought along a real dog, Monte, who was quite a draw.

Another popular exhibit was brought by HLR, a civil engineering firm. It was a sandbox with a topographic map being beamed onto it from a digital projector above. Students pushed the sand into piles to form hills, valleys, and roads; placing their hands above the sandbox caused “rain” to fall, forming pools of water (represented by blue wavy lines) in the depressions in the sand. 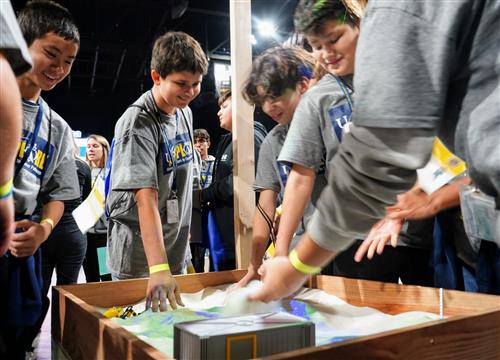 “It was a very good example,” Alex Kalinski, a student at Kenyon Woods Middle School in South Elgin, said after spending some time talking to HLR employees. “I liked how they explained and went into depth about everything, and then they gave us details about what you’d need to do if you wanted a job in engineering.”

Alex and his friend Michael Lombardo, also an 8th grader at Kenyon Woods, both said they are interested in a career in engineering, and considering whether to apply for the Science, Engineering, and High Technology Magnet Academy at Bartlett High School.

Kunal Modi, a student at Eastview Middle School in Bartlett, said his favorite exhibit at Explore was one from Nicor Gas, although he enjoyed performing CPR on a patient simulator, too.

“Today was very fun,” Kunal said. “It gave me some experiences I’d never usually get.” 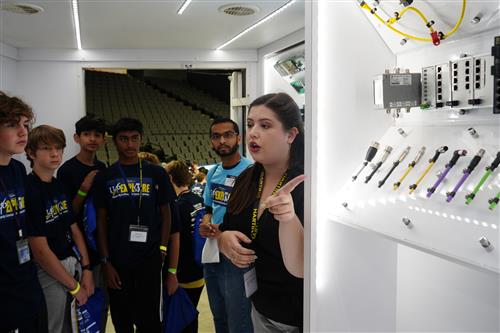 U-46 Superintendent Dr. Tony Sanders greeted students as they exited the school buses that brought them to Explore. After the previous two editions of the event were held virtually because of the COVID-19 pandemic. Dr. Sanders said it was good to be back in person.

“Nothing else can replicate this experience of being a hands-on and interactive introduction to career pathways,” Dr. Sanders said. “It’s great to be back at the NOW Arena, and I appreciate all our business partners who help make this event possible.”