Larkin Avid Health Teacher William Fleischer took a moment after school on a recent afternoon to surprise a School District U-46 administrator with a special commendation from the Office of the Secretary of Defense.

Fleischer, a Major in the Air Force, was on active duty for the past two years and has also served as a primary instructor for officer training in Montgomery, Alabama. As a teacher, husband and father of two children, Fleischer must navigate challenging transitions each time he moves between his military and civilian life. It can be stressful. But one person - Melanie Meidel, the District’s former Assistant Superintendent of Human Resources - always made sure everything went smoothly, or “fluid” as Fleischer put it, when it came to his civilian job. 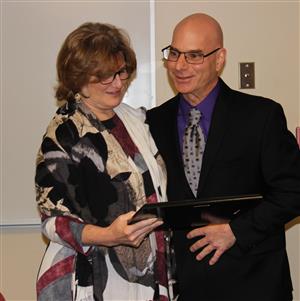 Meidel’s support, he said, stood out among his experiences with employers as a member of the Air Force Reserves for the past 13 years. It led Fleischer, who has taught at Larkin since 2013, to seek special recognition through the Department of Defense, and then arrange for his surprise visit.

Meidel, now serving as the Assistant Superintendent of Special Projects, was working on next year's staffing in a conference room at the Educational Services Center late Friday afternoon (Feb. 8) when Fleischer, holding the Department of Defense plaque, was ushered into the room.

Meidel greeted Fleischer with a handshake but within a few moments realized this was not an ordinary visit. She smiled broadly and shook her head in disbelief as Fleischer shared his words of gratitude before her and a small group of colleagues.

“No money matches this,” Meidel said.

The plaque names Melanie Meidel “a Patriotic Employer for contributing to national security and protecting liberty and freedom by supporting employee participation in America’s National Guard and Reserve Force.”

“I wanted to get you something that showed how much it meant to me,” Fleischer continued. “Really you are an exemplar supervisor compared to most supervisors.”

“Thank you,” Meidel said, hugging Fleischer. “It works for us too and we hope you continue working here until you retire.” 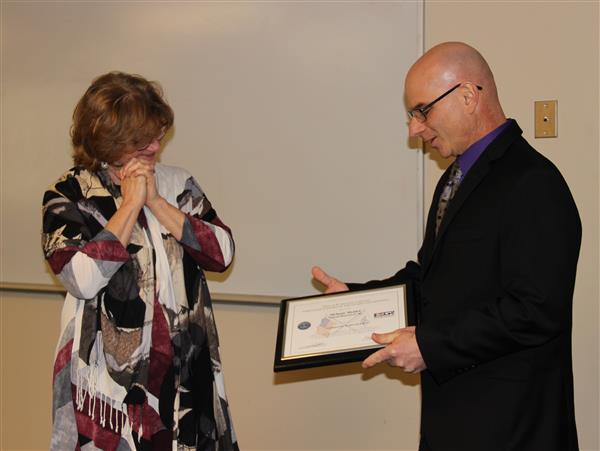 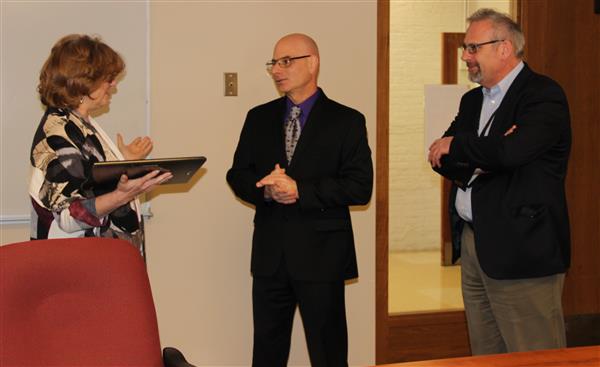 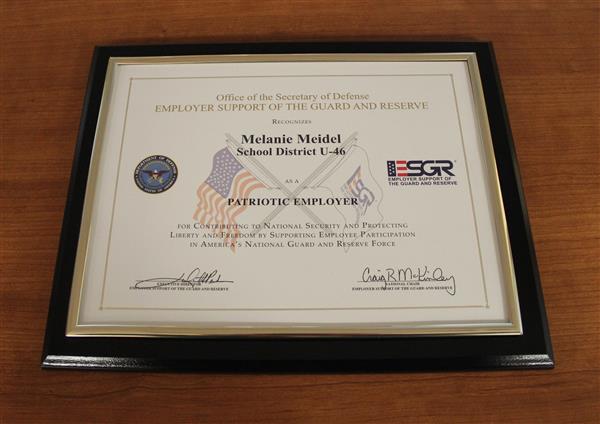 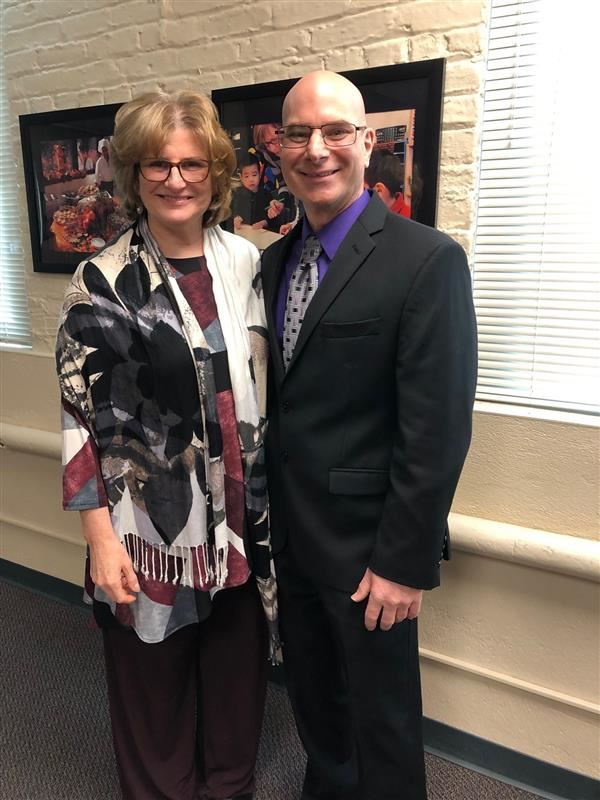