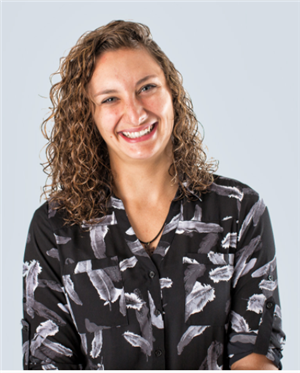 Jacki Gulczynski was an all-state basketball, volleyball and softball player at Bartlett High School. And, in the professional world, she’s still got game.

Gulczynski, who graduated from the Academy of Science, Engineering and High Technology at Bartlett in 2011, went on to earn a Bachelor’s of Science degree in civil engineering from the University of Wisconsin in Madison where she also played basketball. She now resides in Bend, Ore., and works as a transportation engineer for Kittelson and Associates, Inc. The Carol Stream native has been involved in traffic analysis and a transportation master plan for a new four-year university, Oregon State University-Cascades, the state’s first new four-year university in 60 years.

“I love what I do,” Gulczynski says. “Transportation engineering is a unique field because it’s very community-based. Everybody has something to say about roads, and it’s an opportunity to try to have a relationship with the community.”

“We just have a passion for basketball, and we saw a need,” says Gulczynski.

Gulczynski also exhibits a passion for her experiences at Bartlett’s academy, where she discovered in a tight-knit learning environment that she had the requisite skills for a career in engineering, so much so that, “when I was being recruited going into college, if a school didn’t have an engineering program, I knew I wasn’t going to go there.”

Her work with physics teacher Dr. Ed Russell, she says, was especially memorable, recalling that “he got students to think critically. The Bartlett academy teaches you how to be a problem solver, which is applicable for anything you do in life.”

Further, she says, the academy “is a small family. It allows you to be part of a team and working in a team environment. I’m honored and blessed to have been a part of it.”