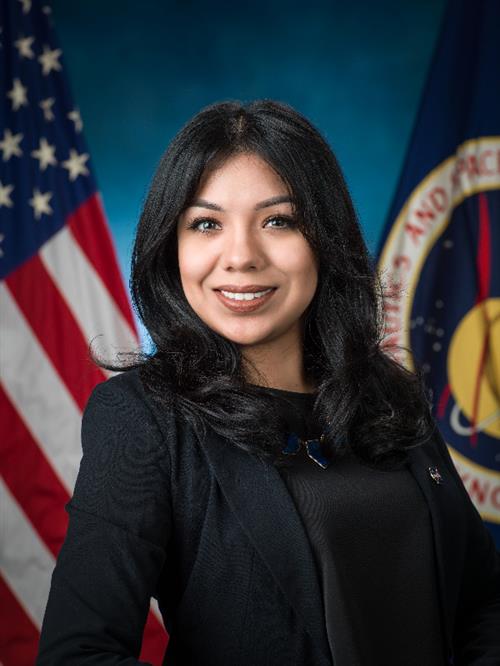 Lissette Beltran does not take “no” for an answer. And as a result, her career — and her dreams — are about to achieve liftoff.

Beltran, a 2013 graduate of the Academy of Science, Engineer and High Technology at Bartlett High School, is gearing up to graduate with a bachelor’s degree in electrical engineering from the Illinois Institute of Technology in May. But, unlike many college seniors who are wondering what the future holds, she already knows.

Beltran decided some time ago that when it came to her future, she should aim for the stars; now, she’s about reach that goal. In August, she will start her new, full-time job with the National Aeronautics and Space Administration, better known as NASA.

It’s a new job but familiar territory for Beltran, who has completed two internships with NASA. Both were part of NASA’s Pathways Internship Employee Training Program and paved the way for her upcoming job. The first of these, in the spring and summer of 2016, was with the space agency’s Vehicle Integration Division, developing software to be used on the International Space Station. “I was actually in Mission Control training, which was exciting,” she recalls enthusiastically.

During the second internship, in spring and summer of last year, Beltran was responsible for software and hardware implementation for a 6-Degrees-of-Freedom Cable Robot Motion Simulator, to be used in the training of future astronauts. She also worked on a portable life-support system, a backpack that will allow astronauts to breathe during the exploration of deep space. “That could be Mars or whatever’s next for our space program.”

After completing her second stint with the space agency, Beltran received five full-time offers to work for NASA. She will be joining the Automation and Robotics branch in August.

While Beltran’s internships and upcoming job may seem like a smooth ride, her journey to NASA was a bit bumpier. She applied for “every single listing on the government website for which I fit their criteria,” for a total of 13. But, she adds, “I got rejection, rejection, rejection from them.” In all, she was shot down 11 times. On the 12th, she got an interview, and the rest is history. (For the record, she was also offered an interview for the 13th application.)

Beltran credits her time in the Academy at Bartlett High with paving the way for her perseverance and success.

“Yes, it’s rigorous,” she allows, “but it’s also beneficial. Just to have that solid foundation was essential to everything that followed.”

Beltran credits a number of her teachers, including Gary Cotie, “the one who pushed me forward,” as well as Colleen Bradner, John Pritchard and Stephen Buchs.

“Getting that support in the Academy, they actually ensured that we excelled academically. Certain teachers, they pushed me toward things I wouldn’t have done on my own.”