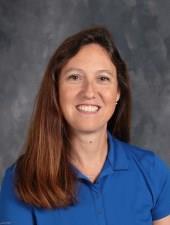 Welcome to Ridge Circle!  We are happy you are here!

Ms. Raine has been the principal of Ridge Circle since 2014.

Ms. Raine began her teaching career as a Math Teacher at Ames Middle School in Ames, Iowa before moving to Illinois where she was an Algebra Teacher at Larkin High School in School District U-46 from 1998 through 2000.

Ms. Raine holds a Bachelor of Science in Mathematics and a master’s degree in educational leadership from Iowa State University.  She completed her EDS from Northern Illinois University in December 2014.