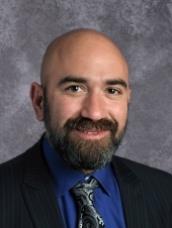 A Streamwood Golden Apple Award winner, Mr. Demovsky has also been named in the “Who’s Who Among American High School Educators” list. In 2017 Mr. Demovsky was a 2017 Golden Apple Finalist for the Stanley C. Golder Achievement Leadership Award.

Mr. Demovsky possesses eight years of experience as a World Language Teacher at Bartlett High school from 1998 to 2006.

Mr. Demovsky holds a master’s degree in Educational Leadership from National Louis University and he obtained his teaching certificate in Spanish-Based Secondary Education from Indiana University.

At BHS our values and beliefs are simple:
We care about students.
We support students when they struggle.
We invest in opportunities for students to be involved in rigorous academics and extracurricular activities.
We strive for transparent school, family, community relationships and partnerships.